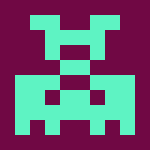 At first glance, this Staffordshire figurine at the Guildhall Museum in Rochester simply portrays a flamboyantly dressed lady surrounded by a leopard and tiger. But read the inscription on the base stating it’s ‘the death of the Lion Queen’ and the image takes on a whole new meaning.

Ellen Bright (Blight) was 17 years old when she stepped into a lion and tiger cage at Chatham to entertain the crowds. As the niece of Mr George Wombwell, a ‘wild beast proprietor’ who owned ‘Wombwell’s Travelling Menagerie’, Ellen had spent her whole life surrounded by the excitement and danger of the show and was eager to make her own name. And to become a star you need to do something a little bit different, something daring that captures the public’s imagination and challenges their preconceptions. Ladies and Gentleman, I’d like to introduce you to the ‘Lion Queen’.
Ellen wasn’t the first lady to take on that title during the eighteenth century but she was one of the last for her display at Chatham on 11 January 1850 proved fatal.  Taking over the role from ‘Madame Pauline de Vere’ (Ellen Chapman) a lady renowned for her ‘prowess with beasts’, Ellen Bright was no doubt eager to prove that she was just as capable as her predecessor.  Travelling shows frequently published ‘reports’ of their Lion Queens being bitten and mauled to heighten anticipation but Ellen’s first year seems to have gone without incident. On this occasion, however, the tiger she was working with took exception to her striking him with her whip to move him out of the way and growled angrily before launching himself at her.

An inquest held at the aptly named Golden Lion Inn in Chatham heard how the tiger seized ‘her furiously by the neck, inserting the teeth of the upper jaw in her chin and closing his mouth, inflicting frightful injury in the throat by his fangs.’

Sadly, although a keeper managed to beat back the tiger and a local surgeon immediately treated Ellen, her injuries were too severe for her life to be saved.

The jury strongly expressed their opinion that the practice of allowing people to perform in a den with animals should cease immediately and the coverage in both local and national newspapers echoed the sentiment.  The effect on the Wombwell family must have been devastating, especially as it came just a few months after William Wombwell, Ellen’s cousin, had been killed by an elephant while working with another travelling menagerie.

Placing a woman in this previously male dominated role challenged the Victorian ideal of what every woman should be – gentle, feminine and firmly placed at the heart of the home.  It was also what made the female performers so scandalously popular and acts such Mrs George Batty, another ‘Lion Queen’, attempting a hot air balloon ascent in 1848 with her ‘noble lion’ made sure they were seen as celebrities.  As you can imagine, not everyone approved of their antics and in 1847 Queen Victoria is reported to have ‘expressly forbade’ the performance of the ‘Lion Queen’ when Mr Wombwell exhibited his menagerie in front of the royal family at Windsor.

Despite this royal disapproval, or perhaps because of it, Lion Queens reached the height of their fame during the 1840’s.  Madame Pauline continued to perform until the 1890’s but from the time of Ellen Bright’s death the popularity of the ‘Lion Queen’ started to fade.