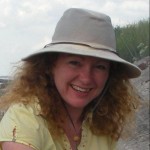 The pall of cloud that has hung over the south east for days covers the sun, an opaque grey shroud that refuses to lift. The sun is trying, trying to do battle with it on these last days of March.

A flock of fifty curlews bubble into the fields, ice, light sheens the pools.

A reed bunting sings from low in a ditch, breast swelled with the morning air, black bib and white shirt collars, bouncing with his exertions.

It is the hour to be at Elmley, a morning hour, with dew frosting the grass.

The sun sends warmth into wings, enough to warrant a mobbing of a passing marsh harrier.

Coots angrier than they’ve ever been……since yesterday, fly, in black hooded fury, at their neighbours.

My car rattles on, spluttering and wheezing into the grassland.

Redshanks, with carmine legs, pump out a call into the morning, like an invisible hand is repeatedly squeezing them to release air. They seem surprised at their own voices, “what, what, what, what the hell was that?’ they call, until they run after each other fizzing with excitement.

No one pays a blind bit of attention to me, the girl in the spluttery car. If I got out, it would be different, everything would take fright. In the car I cease to exist, totally harmless. It is like catching a glimpse of how it would be to be just another animal, not human, a wearying role, so much expectation. Good to hide under my invisibility cloak for a while and witness nature in its neighbourly quarrels with its underskirts on show.

What I see is pretty unsentimental, sex and death, stab your neighbour in the head with your beak, jump on his back and attempt to drown him in a ditch so you can sleep with his wife. No internal moral angst here, no years of therapy and a difficult divorce, just a shrug of the shoulders and get on with raising the family.